The rapper has officially endorsed the U.S. democratic candidate

By Allie Gregory
Published Dec 19, 2019
Donald Glover has officially endorsed U.S. 2020 presidential candidate Andrew Yang — and now the artist is holding a pop-up event to raise money for his campaign.

Yang and Glover have scheduled an event to take place in Los Angeles today at noon. Posters for the event elude to the possibility of exclusive merch sales and Glover's appearance.

In an Instagram story (below), Glover noted that there will not be music at the event. All proceeds from sales at the event will go toward Yang's campaign.

"Yang is solid," he said in a since-deleted tweet. "Before media gasses shit up just now both will be in attendance and we're raising money for the campaign. Simple and easy, show up and support or don't." 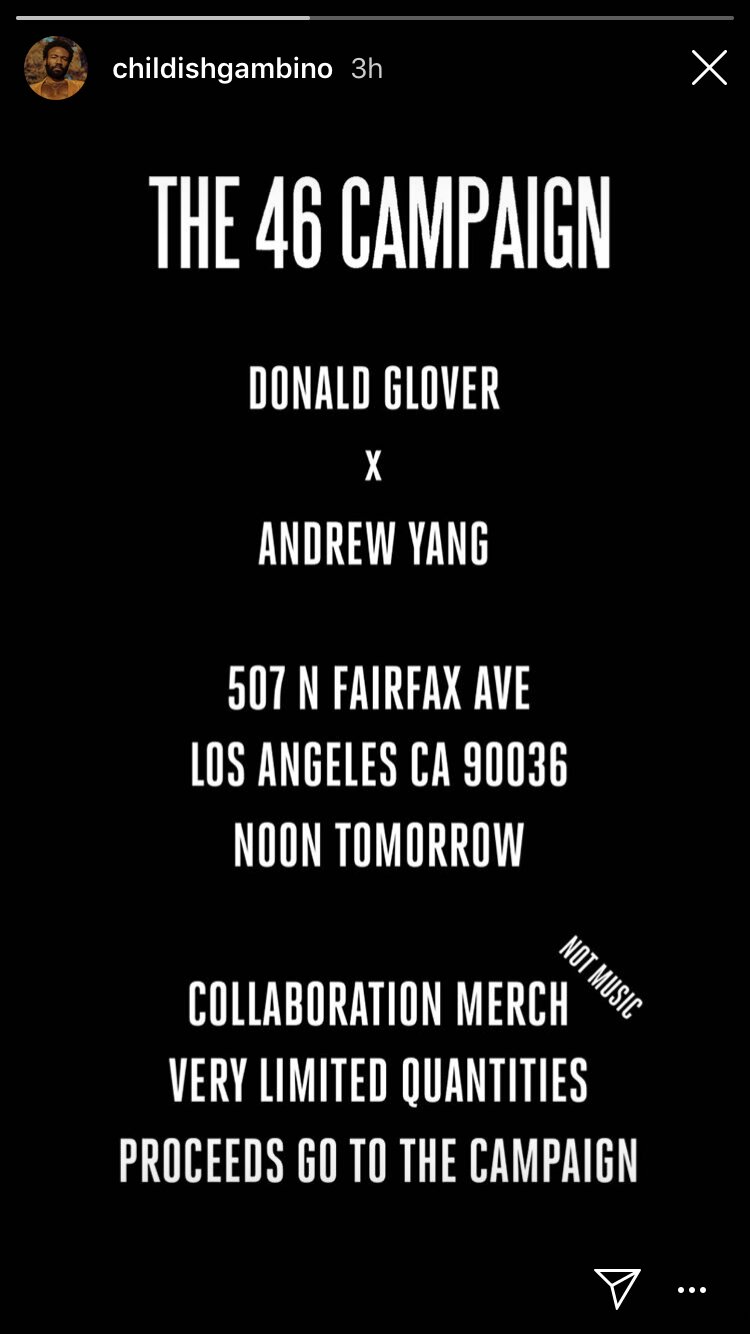